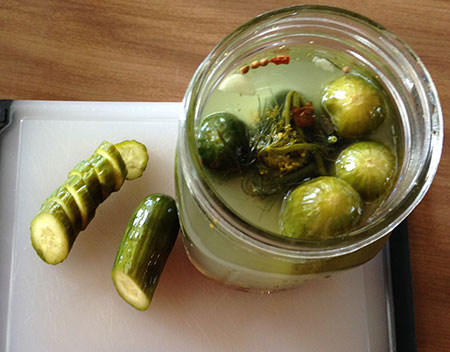 I was taxed with this requirement: no cutting allowed — ingredients had to be taken off the produce shelf and added to the Perfect Pickler® fermenting kit.

Wegmans Food Markets wants to emphasize their growing line of cleaned and pre-cut produce for busy-active cooks. The goal is to take the ingredients off the shelf and get them lacto-fermenting in minutes. And they need to taste better than jars found on the unrefrigerated shelves… and be a value in time and cost savings… and Wow! These jewels are loaded with probiotic goodness!

From this exercise I discovered the great American Easy-Peasy Dill Pickles hiding on produce shelves just waiting for you to create. Let me show you how easy-peasy it is combining a trick from Korea and a new variety of cucumbers to make this great pickle any time of year. 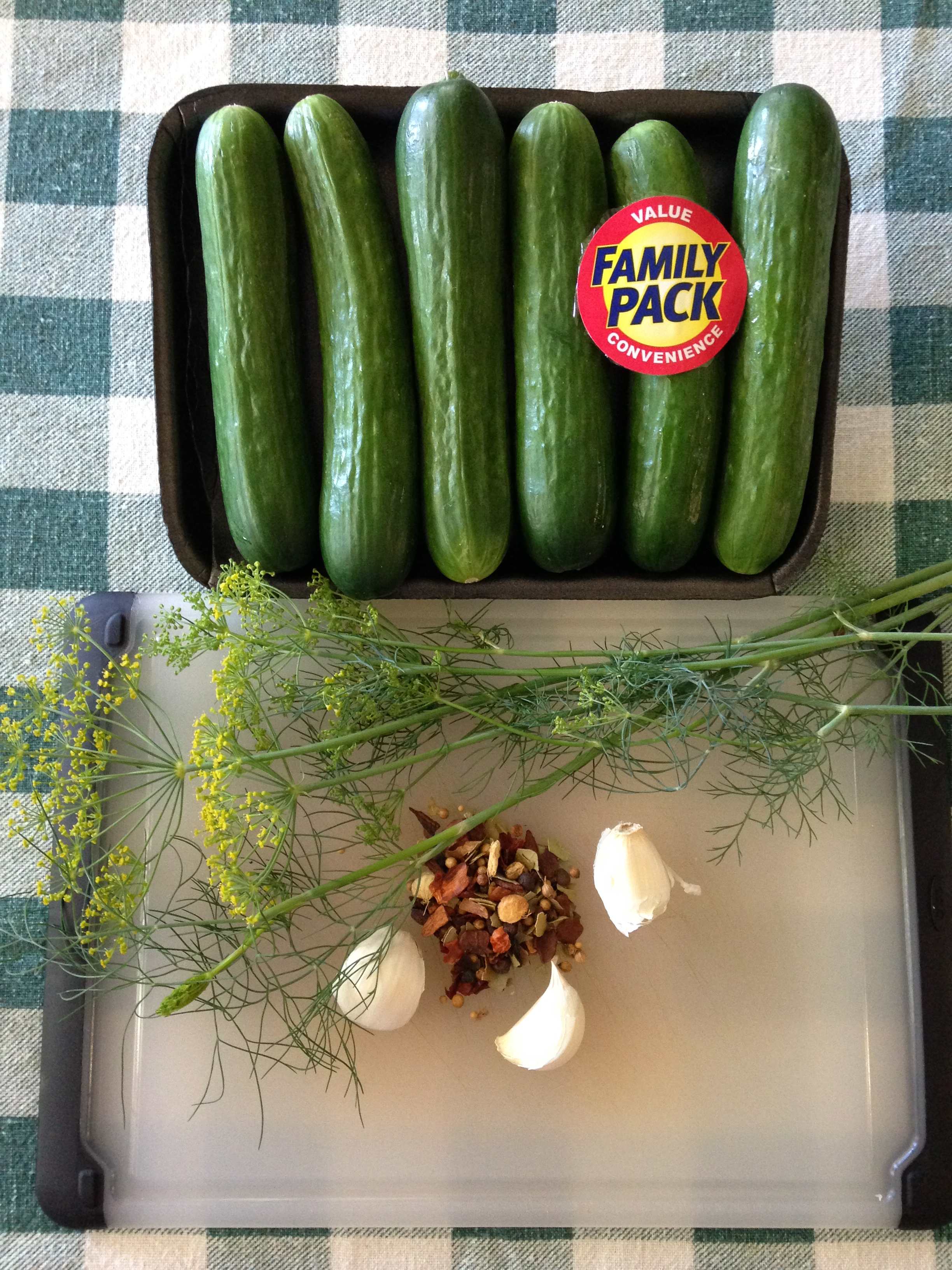 Cucumbers: Hydroponic cucumbers are showing up at many supermarkets. They are uniform in size, thinnish, smoothed skin and 6 of them can slip into a one-quart jar like it was made for them. These cucumbers are pre-packed like above and are inexpensive to purchase. They are called mini-English, mini-cucumbers, gourmet, and several others. They are available year round now, so you can make these gems at your whim and in minutes.

Garlic: 4 cloves, smashed with the side of a knife to remove the skins (note: they are not sliced)

Pickling Spices: This is a common blend found in most any supermarket that contains bay leaves, dill, mustard, coriander and several other seeds. Use 1 Tablespoon.

Fresh Dill: Supermarkets stock fresh dill and some even have small packages of fresh herbs. If you do not have fresh dill, add 2 tsp. of dill seed (not weed) for the next best dill option (in addition to the pickling spice)

Here is a Korean technique for firming up cucumbers before fermenting begins: 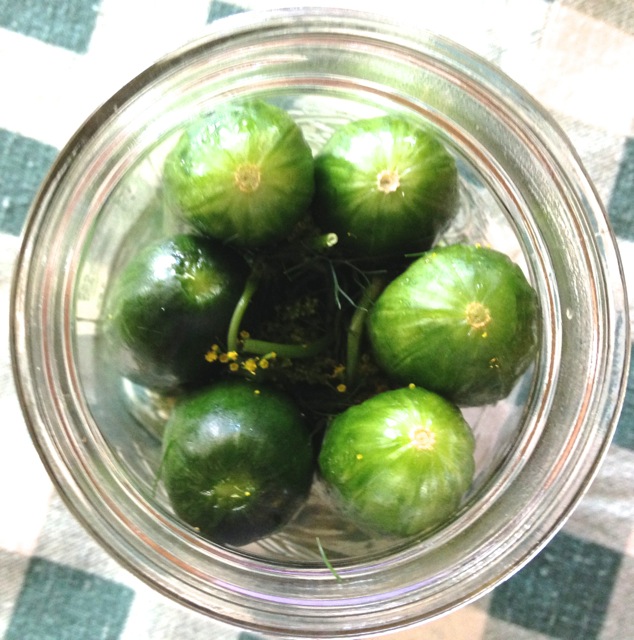